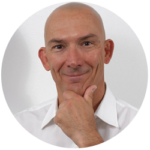 Fabrice Lacroix’s career is intimately linked with the internet. A system developer in the telecom industry, he rose to the position of CTO in 1994, helped create the first French ISP and develop many breakthrough technologies. Fabrice founded Antidot in 1999 and Fluid Topics in 2013.

Fabrice is a board member of several companies where he advises on innovation and the evolution of the software industry. He holds a MS in computing from Imperial College, London.

What’s next: Heading up to Social and Semantic Tech Doc

“Let’s face it, today’s technical documentation looks very much like the good old Web 1.0: both are static content, written by humans for humans, and offering only one-way communication.

But in the last 20 years, the Web has experienced two major revolutions that led to the outstanding developments of Web 2.0 (also known as the Social Web) and Web 3.0 (aka the Semantic Web). Will technical documentation go the same way? What would Tech Doc 2.0 and 3.0 look like, and what possibilities would it open?”

In this session, attendees will learn:

“Join Fabrice Lacroix, serial entrepreneur, technology pioneer, and founder of Fluid Topics, and explore:
– The principles that transformed the Web over the last two decades
– How the same social and semantic concepts can be applied to technical documentation
– Two case studies giving you an insight into Tech 2.0 and Tech 3.0”

Copyright © 2022. The LavaCon Conference on Content Strategy and TechComm Management. All Rights Reserved.